"Sometimes, you need some motivation. Other times you need some guidance. Hopefully, I'm able to provide you with both and much more."

Who is Ace Spencer?

I guess you could say that I always had the entrepreneurial spirit, even back in the days when I couldn’t spell “entrepreneurial” if I tried. And like many people who approach making their living this way, I think my journey toward self-employment started more out of necessity than anything else.

I have countless memories of walking around my neighborhood in Wellesley, Massachusetts – dragging a shovel and going door-to-door looking to scrounge up a few bucks. The previous season, I’d done the same with raking leaves. Back in Spring and Summer, I was pushing an old lawnmower instead. I guess I was always “AdamHelper,” long before I decided to provide handyman services.

Helping has always been in my nature, and – looking back – it’s clear that has a lot to do with my upbringing.

Wellesley is located near the intersection of 90 and 95, about 25 minutes west of Boston. It’s a nice, white, and fairly affluent suburban town. Growing up, I had friends who lived in million-dollar homes, but my family and I were stuck on Barton Road, the low-income housing complex where I grew up. For the most part, it was just my mother taking care of my brothers and me. I was the youngest, but I never had the luxury of being treated like the “baby” of the family. In a single-parent household, everyone pulls their weight.

I wasn’t blind to the fact that we were poor, but it wasn’t until I got older that I realized just how tough our situation was. Of course, when you’re a poor black family in an almost all-white suburb, certain things seemed normal at the time. In retrospect, I can clearly recognize them as stemming from racism, classism, and outright prejudice. That’s not to say I didn’t have plenty of white friends – I did. This was especially true once I got older and started playing sports. This introduced me to people from all walks of life and ethnic backgrounds, but I never turned my back on my Barton Road friends and family.

As I started navigating the delicate world of differing friend groups, I really got good at self-management. I became adaptable – a quality that would serve me well as an entrepreneur.

My budding independence found a great outlet in competitive sports. I jumped headfirst into basketball, soccer, track and field, and football. Sports are important for kids like me. Not only do they teach the value of hard work, working with others, and discipline, but they give you a healthy outlet for the frustrations that arise from the challenges of daily life. In fact, I still have a few high school track and field records on the board, at least in the 200 and 400 meters.

But while sports were a great escape for me, the realities of growing up poor don’t just “go away” because you win a trophy or ribbon. I still had a family that was struggling to put food on the table. So as soon as I could work a “real job,” the shovel, rake, and lawnmower took a back seat to seasonal jobs at Star Market, Bread & Circus, or the town of Wellesley. Since sports had allowed me to get in great shape, I soon made decent money working for moving companies like Gentle Giant during the summers.

After graduating high school, I took the next logical step and started attending Bates College up in Maine. It clearly wasn’t that simple but that’s a story for another day. I brought my love of sports along with me. I was introduced to rugby and absolutely fell in love with it, joining the team almost immediately. I also continued running track and field and remain on the all-time Bates College Men’s Outdoor Track and Field Top 10 List to this day. However, my college journey got sidetracked two years in when I decided to put my education on hold. Though there were several factors at play in this decision, I have to admit I was rather eager to start earning money rather than spending it.

As it turned out, this would be yet another big lesson in my “entrepreneurial education.”

Looking back, jumping headfirst into the real-world with only two years of college under my belt was a better learning experience than any class I could have taken at Bates at the time. I started working with UnderGroundHipHop.com, filming and interviewing everyone from Kendrick Lamar and Rakim to Joe Budden, Method Man, and more. I also started working on my own video projects, the Welcome to Beantown series, among others. My passion for video production led me to a contract with a company called MaxPreps. We partnered with companies like Nike and Gatorade, traveling the east coast covering high school sports. As an independent contractor working in sports, doing video production, and getting paid to travel, there wasn’t much more I could ask for. In fact, this job appealed to my love of “self-employment” more than anything else I did in my five years away from school.

Realizing I had put myself at a disadvantage by not finishing college, I returned to Bates to get my degree. It wasn’t easy being the “odd man out” – the “old” black guy on campus who had to work while taking classes because he already had real-world bills to pay. Still, I ran track again, played rugby again, and tried to stay as active as possible in the campus community. The culture and community I was familiar with had already changed, but some things were the same. My life had never been completely free of racism, and it probably never will be, but once again, I can point to a few instances in this period of my life that impacted me and my experience. However, I managed to graduate, earning Dean’s List for Academic Excellence, and began plans for the next phase of my life.

With my degree in hand, I was confident that I would be able to join the corporate world and become a successful ladder climber like everyone else. And, for a while there, it looked like it might happen. Thanks to a combination of growing up poor and the discipline that sports had instilled in me, I jumped into the workforce ready to impress. I frequently came into work early. I occasionally stayed late. I usually avoided long nights at the pub after work and instead chose to head straight home. I had never been a big drinker, and I had better plans for my money than paying Downtown Boston liquor prices. I bought new clothes, but nothing flashy – just enough to look the part. Even as I made more money, I stayed humble and paid down debt from college, credit cards, etc.

Though part of me thrived in corporate America, the entrepreneur in me felt trapped. Even though I was always working on personal projects and side hustles, it just wasn’t enough to fulfill my desire for the freedom of self-employment. At this time, I’d managed to work myself up to Director of Sales, where I’d helped closed deals with some of the Top Fortune 500 companies in the world. Still, it apparently just wasn’t for me at the time, at least not with my last employer. Maybe someday, a few years from now, it will suit me just fine. But back then, I just couldn’t deny how much I love being my own boss, creating my own schedule, and getting the credit I deserved for my hard work. Like those days with the shovel and lawnmower, I wanted to know that everything I did would benefit me and my customers, not some “supervisor” who might not have my best interests in mind.

I had always been a “helper,” but now it was time to help myself too. So I launched the AdamHelper handyman business. Sure, it isn’t the most glamorous work in the world, but that had never mattered to me. It allows me to stay fit and active while using all the knowledge I’d collected from decades of odd jobs. Plus, I get to assist people by doing things that they can’t – which, along with quality, professionalism, and reliability, is all a business really needs to thrive, right?

However, because my journey has been so unique, I feel I still have more to give. That’s why I’ve recently started my own consulting business. The goal? Work with other entrepreneurs, small-business owners, and self-employed individuals to help streamline their journey. After all, I’d taken the long way back to where I’d started, and I have a lot of advice to give on how to avoid mistakes that only cost time, money, and effort.

With any luck, I’ll help more people discover their love of entrepreneurship or at least help motivate others to never give up – whether they come from the same background as me or not. The next steps? Attain real financial freedom so that I can teach others to do the same. Maybe rekindle my passion for documentary film making? Maybe find new ways to tackle the problems of racism that plague our society and that have occasionally popped up throughout my journey (sometimes where you’d least expect).

Whatever I decide, you can be sure I’ll be doing my best to help.

“You can’t score if you don’t shoot. Take your time. Shoot your shot. If you miss, play some good defense and then try again.”

Self-Employment coaching
&
Business consulting for you

I wish I knew what I know now when I was first getting started. You can.

10+ Years in the Self-Employed Game

It can be difficult finding a trusted advisor or coach in a constantly changing and corporate-driven society. And when you evaluate a financial advisor or a marketing consulting agency’s services, you have to consider their experience, diversity exposure, rates, quality of service, and much more.

With over 10 years of self-employed experience, Ace has exposure to marketing, sales, budgeting, and other critical life and financial skills. 2021 is all about growing and increasing our income to get closer to attaining financial independence and creating generational wealth.

Whether you need guidance on paying off your debt, motivation with your budgeting, assistance with starting your side hustle, or help with growing your company, Ace Spencer can help. 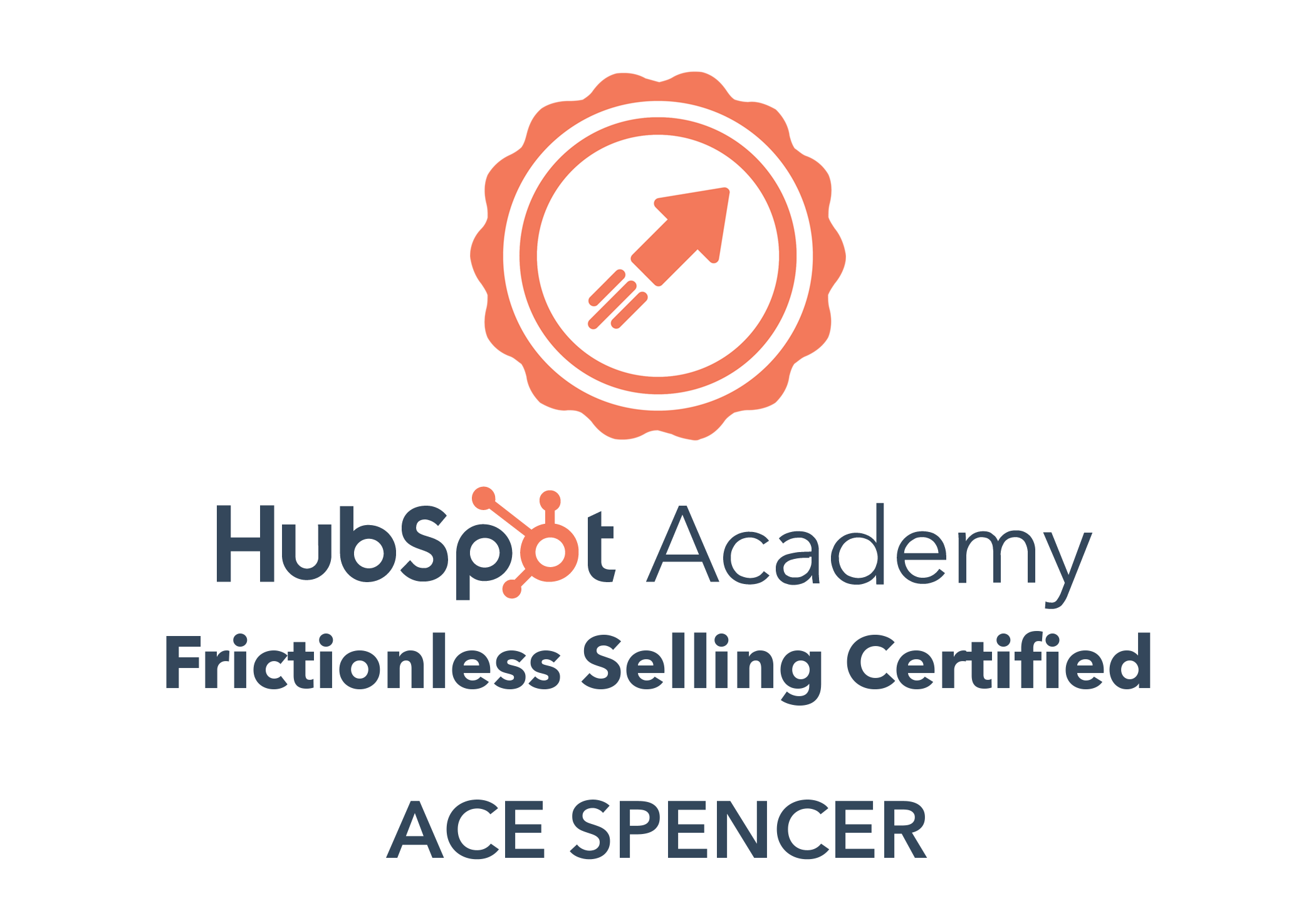 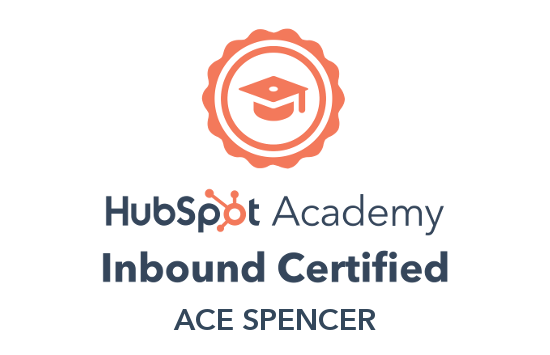 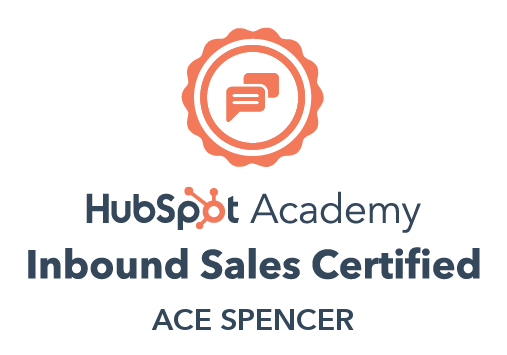